The second time that Ballarat Hackerspace has participated in Govhack this year - find out more about how we went!

We had a number of members sign up to be part of our first ever workshop which got off to great start. The workshop entails the assembly and calibration of a Prusa i3 based printer that comes in kit form.

The kits were purchased direct from the manufacturer and were very well packaged for their interstate travel. No broken bits, chips or noticeable defects on any of the parts so far. Very impressed!

Unboxing the parts for the first time had the team wide-eyed like a Christmas morning and we didn't hesistate to start the assembly. 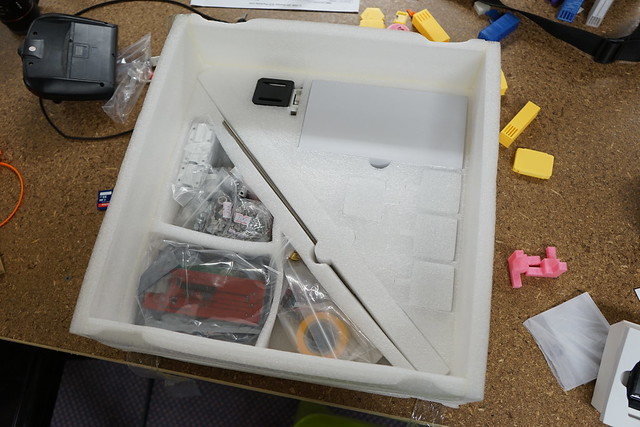 We only assembled for just over two hours and got through about two thirds of the X carriage assembly. Quite a lot of time was spent on identifying parts as well as photographing each step. Subsequent workshops will benefit significantly from the documentation process we've been doing.

Oh and how can I forget that funky piece which can be installed upside down and needs a complete disassemble to flip before continuing. We now have better indicators that should prevent that in future.

The hard part is now waiting until the next assembly day. 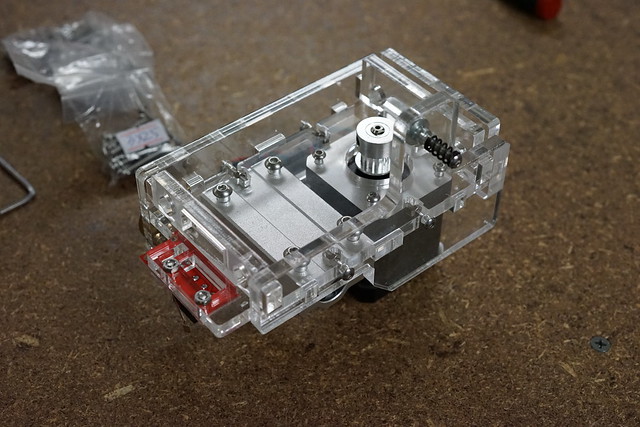 From the 3rd to the 5th of July, Ballarat hackerspace participated in the 2015 Govhack, held for the second time in Ballarat at the Technology park.

We had a lot of fun, here is our writeup!

Govhack is a shortened version of the term Government Hackathon. Although it sounds controversial implying that privacy and data is at risk, it can mean the opposite in some cases. Developers and designers get together, looking through Application Programming Interfaces (API) which have been given public use in the hope of utilising what may be available internally for new and innovative purposes. The term of hacking here is not of the scary "we have your files ransom" hacker kind, instead an open "lets see what interesting things can be made". With a group called Ballarat Hackerspace, we understand this all too well!

We plotted our weekend to be low on sleep, and high in wrangling new code between each other.

Friday consisted of pouring over the datasets available to us. For people interested in listening in or have not developed code, this is an excellent part to be a fly on the wall listening to the teams (or help contribute!). For our team, we looked over what was promising and within our skillset to work with while still pushing innovative new ideas. A few ideas stuck, including:

It became hard to pick just one idea, as we fleshed out more and more fun parts to make for each of them. We decided that we had enough people present to share our skills in two groups, and went with the first two ideas.

The two teams for Ballarat Hackerspace:

Work begun on each project Saturday morning, with a large desk holding us all in place for the next two days. Frameworks were developed, Data crunched over coffee and food. The time spent the night before helped us focus where code was needed, giving us insight for what would help in the user interface. An API was made early on to help work with front end processing, given new ideas and ways to present it in a friendly way.

For anyone reading this thinking of next year? Don't forget about your video! It is the second most important part of your project, and your chance to get on your soapbox and tell the world what you learned with your chosen datasets or projects. It can be easy to forget about, as editing a video can be an art in itself. It involves telling the audience what you've done, showing and inspiring them. Govhack have been wise in saying that you need to spend most of Sunday in doing this, and it is not something to take lightly - You will likely be tired after a long weekend of collaboration and hacking data.

The projects have been submitted, and we will hear results of them after the judges labor through each project. A nice suprise was the Spirit of Govhack award. Given to those that show the best "hacker" ethos. For Ballarat, This was split between two people.

The first being a duo team called Rstar Team - Ye Tian and Wenyan Ren. In Australia for less than a year, with Wenyan 7 Months in with their first child - congratulations and strong dedication to participate!

The second winner for the Spirit of Govhack Ballarat award was given to Brett James, who provided an extensive photo journal of the event including team photos which were used for their entries - well done!

Previous years have had a specific theme in mind given to us. "Beautiful Data" gave us the idea of representing rainfall data by using 3D printed raindrops with relative sizing to give you an idea of how each suburb compared at a glance. This kind of "hands on" way of representing data gives rise to Business presenters - letting them know that the bar chart in a presentation will not be engaging for future pitches by itself.

It feels like the theme for this year was "Data War". Geelong Council had seen the results from last year's Ballarat Govhack, entering themselves with a staggering 78 Datasets available. The results are positive, giving many options available in parsing and working through the raw data.

Many thanks are in place for George Fong and Matt Morris for organising the event and making sure the participants are fed and properly hydrated (albeit usually with coffee).

For the Ballarat Hackerspace members turning up and having a fun time together.

Lastly for all the participants who turned up - it's a great way to learn new things and meet people!