Third time is a charm - and we had a charming time at Govhack this year!

For the third year running Ballarat Hackerspace participated in Govhack.

With the overlap in interests and open nature of making things Govhack is a great time for the space to produce something new and have fun working in a team - all the while making something which may benefit the local community and help give insights with new data being provided in the competition. 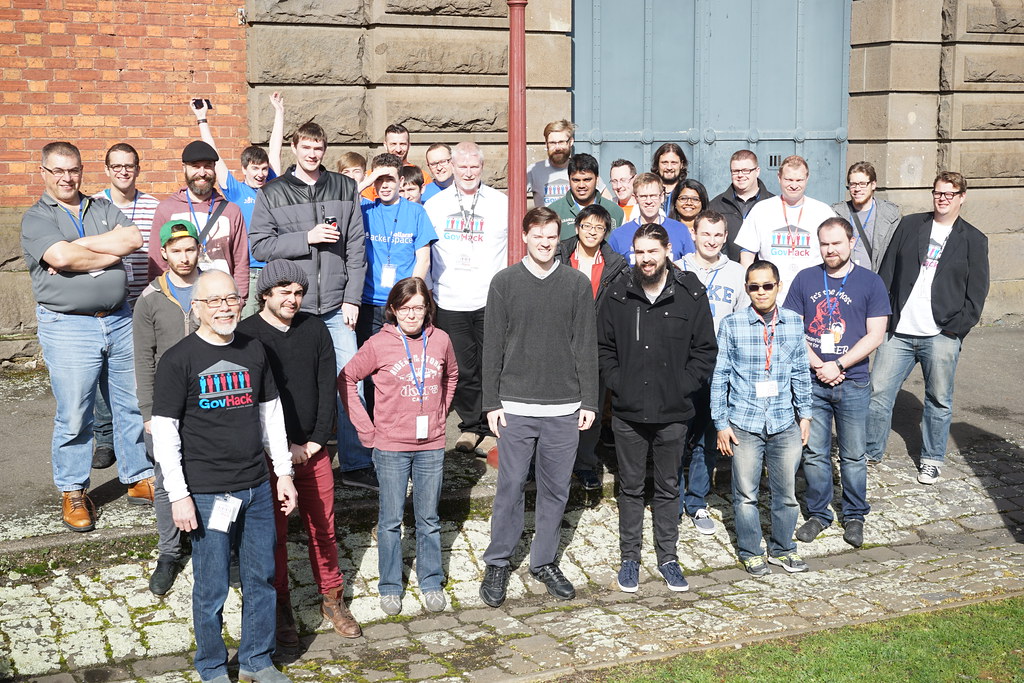 Govhack is an international competition with participants from New Zealand and Australia involved. The event typically runs near the end of July with a solid weekend given to the event for a hackathon. Great pains are made to help distance the event from for profit "coding challenge lock ins" which can leave people who have not won a prize feeling burnt out. Some of the initiatives to help with improving friendliness include Melbourne offering free Childcare during the event, many places giving free catering as well as free choice on how the group makes use of their time. The latter decision is what helps Govhack foster some zany and funny ideas, such as 3D Printed Graphics of rainfall in suburbs in previous years, or a plethora of Pokemon Go inspired applications in this year.

The organisers are generous in providing invaluable volunteer time to help run and make sure the local teams are aware of each year's rules.

This year, Ballarat Hackerspace had 9 People in total under our wing, with the decision made similar to last year to divide the group up into two groups to allow two focuses on what is made over the weekend. 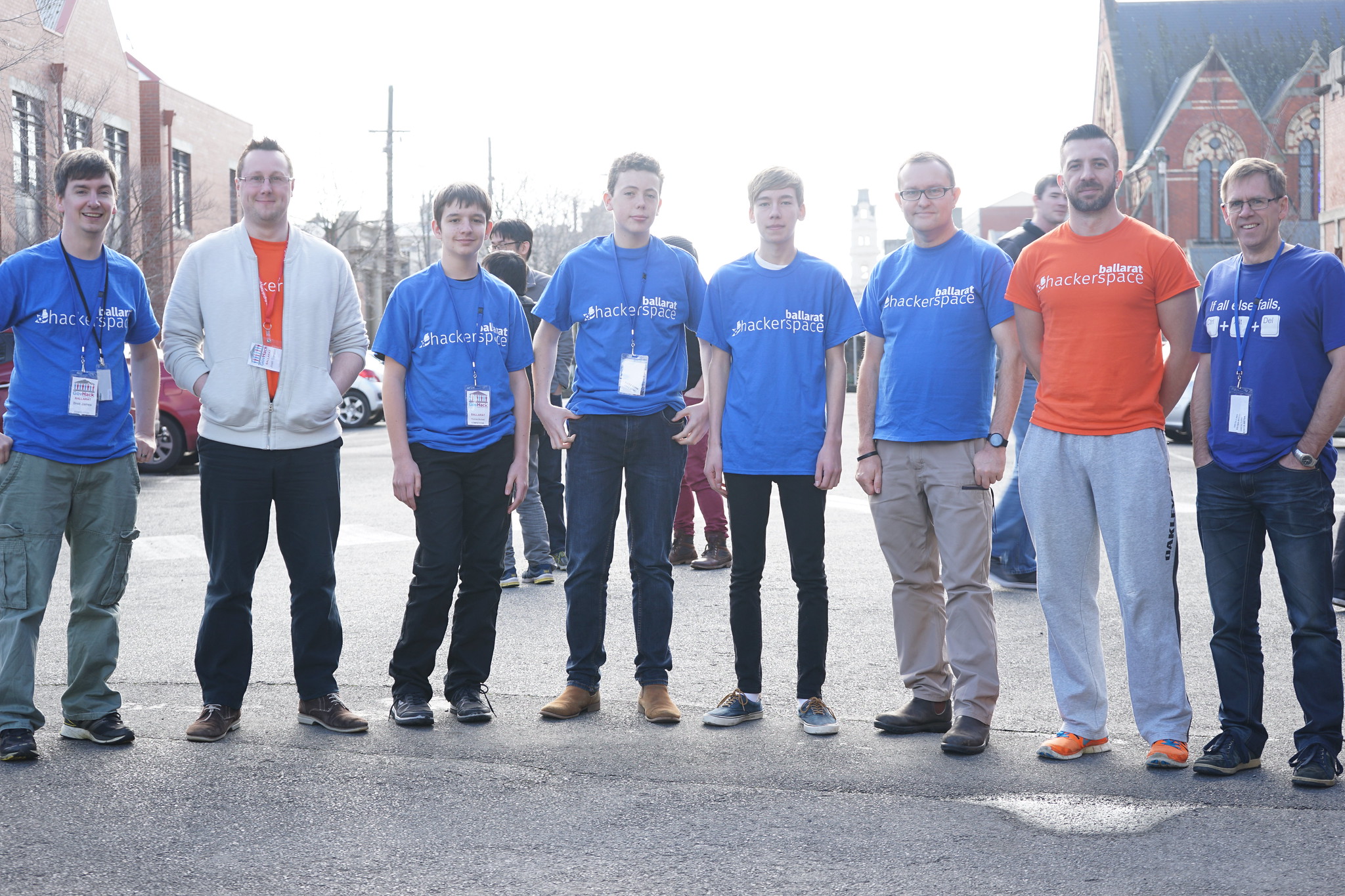 A team twist with this one with the Hackerspace president Scott helping a team of three youth hackers (Isaac, Alex and Thomas) in a unique hardware and software fusion for creating a car parking sensor. The whole team was involved and used their skills in making an application both practical and usable in a real world situation, being able to demonstrate its functionality in a video for the project submission. Morale was high and the excitement in seeing rapid iteration in its development made the project enjoyable to watch as all team members provided significant contributions to make it be possible in the tight 46 hour deadline in the competition. Well done for all of the team!

A well deserved congratulations is also in order for Scott in winning the local areas Spirit of Govhack award. The reasons included selflessly helping guide the youth based team to learn skills which will help them greatly in following in STEM based fields in the future. As part of winning this award Scott was given vouchers and will be in the running for the state and national awards of the same name.

Consisting of Firnsy, Josh, Rob, Rod, and Brett, the team had decided to focus on learning a minimalist application as a shift from previous years (Pee on a Tree, We can Help) which involved heavy amounts of User interface manipulation.

Factr, a way to get irrelevant facts about where you are was created. An impressive 14 Different datasets spanning across Ballarat and Geelong were integrated into the teams database, With everything from CCTV Locations to the recently released Parking infringement amount and locations in Ballarat.

The amount of datasets is a record for the group to be done in a weekend, which had the goal of integrating it with machine learning endpoints such as Watson to help generating quirky sentences for the end user. The goal was to make the user laugh or make them raise an eyebrow with the reported data, and relevant factual data could be seen as an accident or bug.

This year, the following people were involved in the Ballarat Govhack session, making sure we had nice food to eat, and reminding us to sleep at the end of each night.

Overall, we had fun participating and look forward to next year! 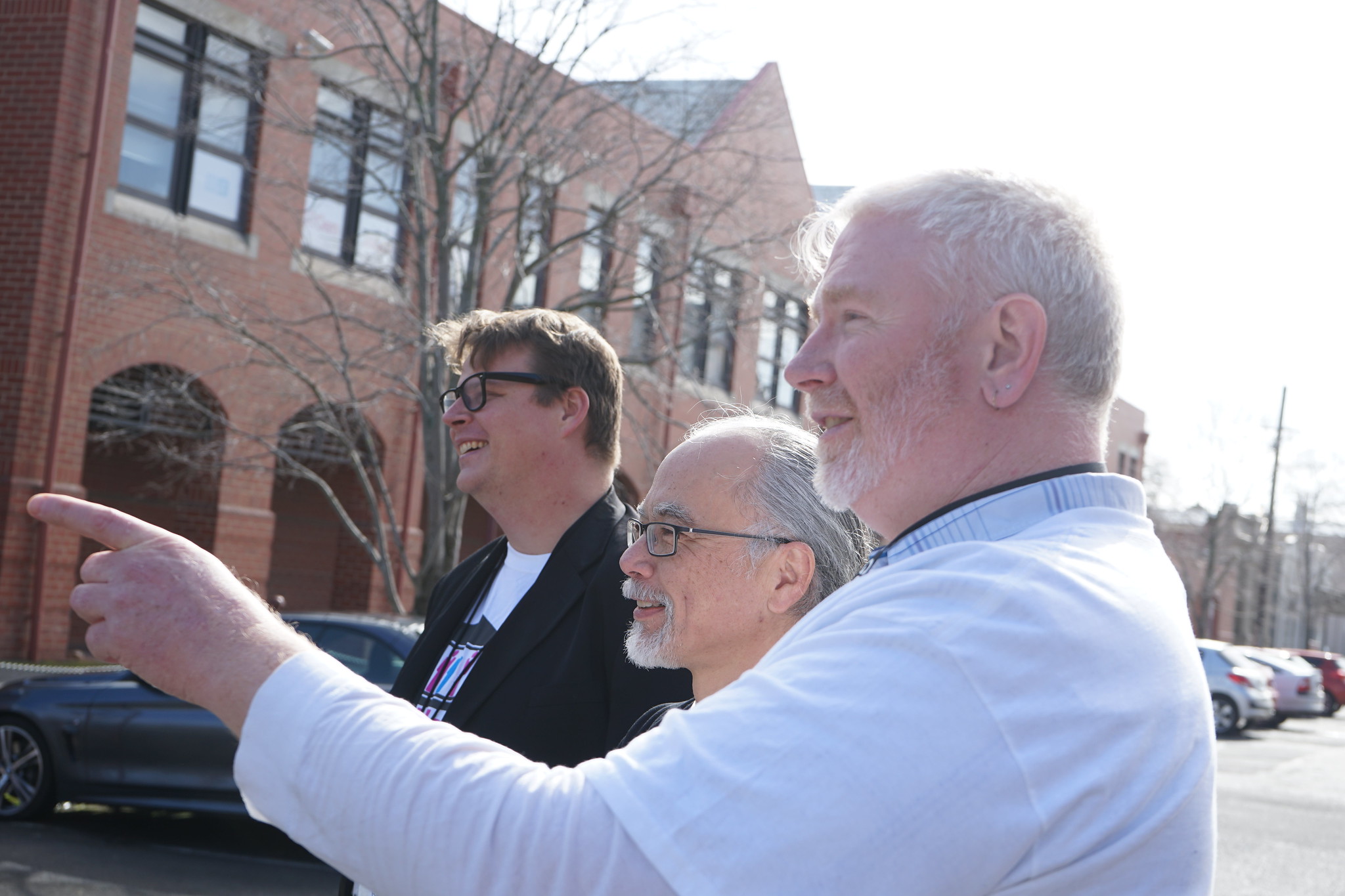